Hi there, dear reader! Bumi here, a member of the Cloud Product Development Division in this lovely home we call HDE. Today I’m going to introduce you to something that has become my passion for the past 9-ish years of my life. It is a traditional musical instrument from my hometown that has been through many years of history, which a lot of people still enjoy today. Its name is Angklung. 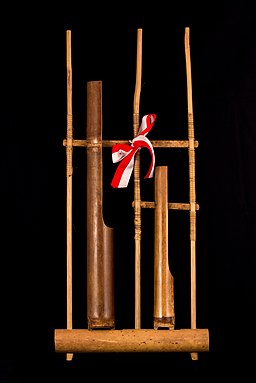 Angklung is a musical instrument originating from Indonesia, specifically the Sundanese region (mainly West Java). It is made from two bamboo tubes carved to a specific length, attached to a bamboo frame. The instrument produces sound when its tubes hit the frame, either by shaking the frame (kurulung), or striking the side of the frame abruptly (centok). The pitch of the sound produced depends on the length of the angklung tube.

There are many stories about the origin of this instrument, but it is generally known that the angklung originated from traditional Sundanese rituals performed at rice harvest period, to attract the favor of the goddess of rice and fertility, Dewi Sri. At that time, angklung was used mainly as a percussion or melodic percussion instrument, and was not tuned to any musical scale, although in some cases tuned to the pentatonic scale. During the era of the Kingdom of Sunda, angklung was used as an instrument to raise the morale of troops in battle, much analogous to war drums. This effect lasted up to the colonial era, causing the Dutch to ban the playing of the angklung. This lead to a decrease in popularity of the instrument for some time.

Eventually, a teacher named Daeng Soetigna saw the potential in angklung, and decided to adopt the instrument for music education in his classes. Ultimately he made a version of the angklung that is tuned to the diatonic scale, and this forms the angklung that we see and hear today. Because of this, Daeng Soetigna is widely regarded as the father of modern angklung. The diatonic version of angklung is named Angklung Padaeng, in his honor.

The invention of the diatonic (or to be technically correct, chromatic) angklung is very important, because it enabled angklung to become as popular as it is now. Playing the chromatic tones means angklung can play any song written in the western musical scale, from folksongs to modern pop songs, classical music to new age music, western musical songs to asian J-Pop/K-Pop songs. This versatility brought angklung to evolve in various ways. 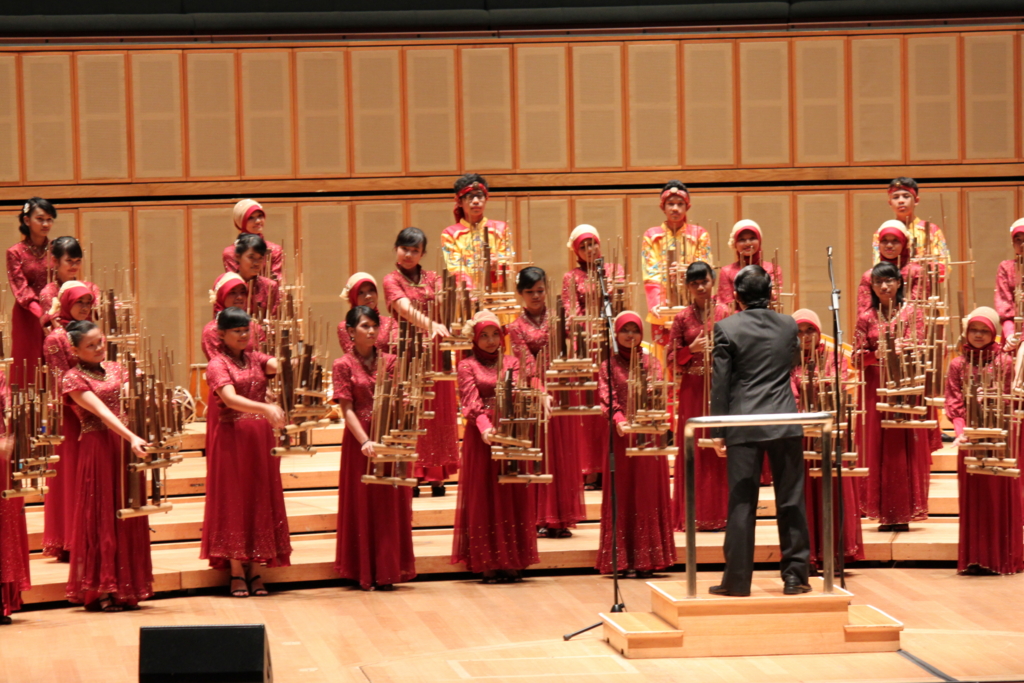 Nowadays, angklung is presented in various forms and in many kinds of events. The form that I have played in for so long, is the orchestra form. This is the first form of playing angklung introduced by Daeng Soetigna, and is also the most popular.

In this form of angklung, one person holds several angklung, and together form a team, or orchestra, of angklung, led by a conductor. Beside the angklung there can also be additional accompanying instruments such as double basses/contrabasses, drum sets, vocalists, and all kinds of western or traditional instruments. The resulting music can be quite diverse, and the musical arrangements can be explored to a wide extent. 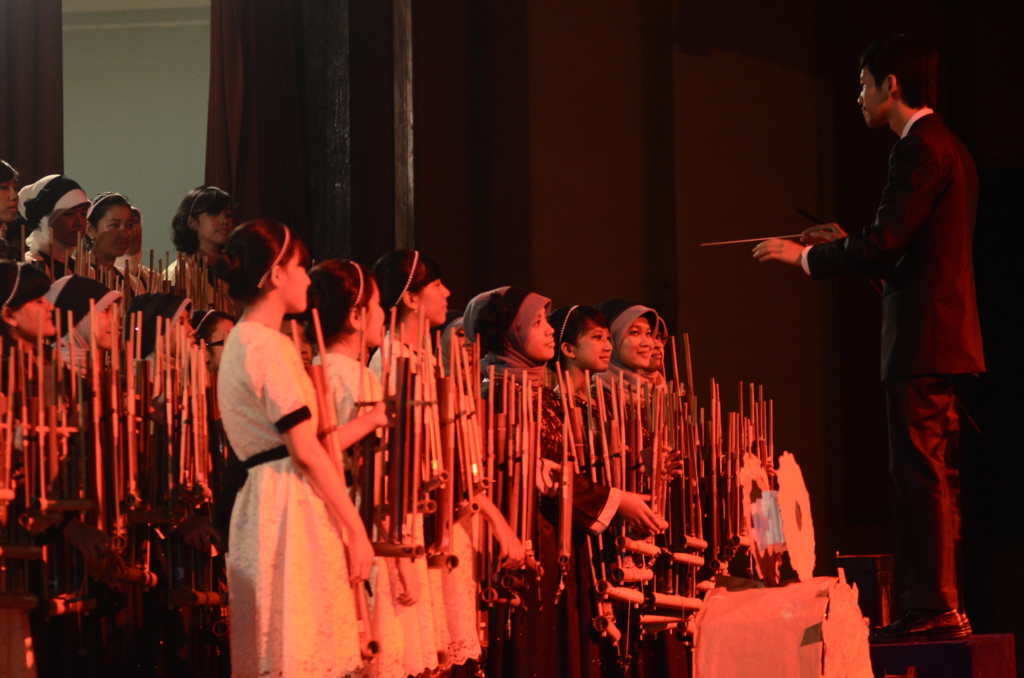 Me conducting in an angklung concert, 2012

The 5 Values of Angklung

As a teacher in music education, Daeng Soetigna taught us about five core values in playing the angklung, which are known as the 5M: 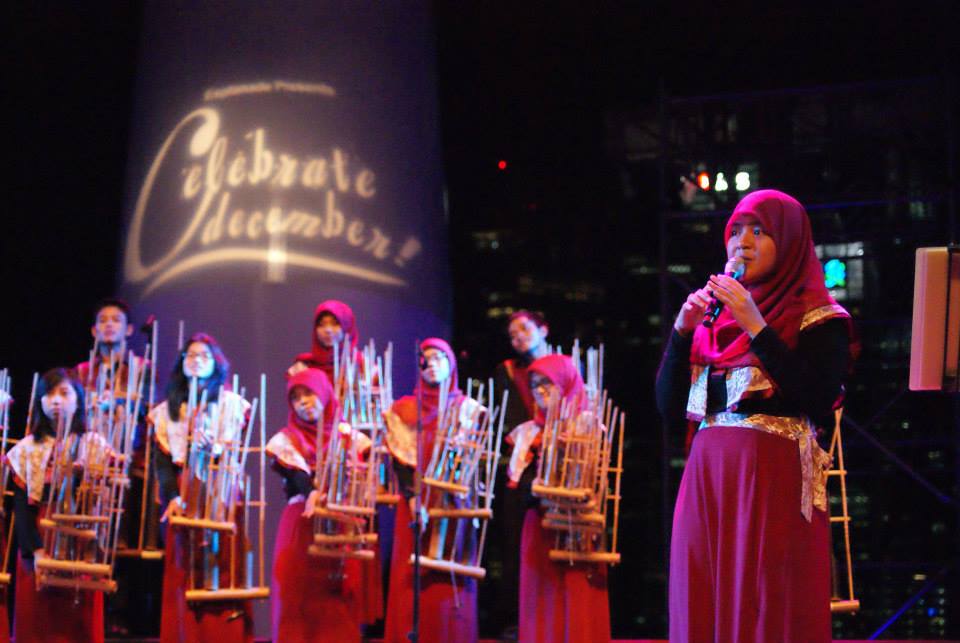 The future of angklung continues to grow, and there are more activities springing up every day. A world record has been set, new festivals and competitions are introduced (and existing ones ever expanding their borders), performances delivered in further reaches of the world, marvellous technologies invented. My passion will stay here for the time being, and I hope I can still contribute although far away from the instrument’s, and my, hometown.

There is still a ton I could talk about, but I guess I’d have to leave it for another time. Thanks for reading through, and I hope we picked up a thing or two from this post. Have a good day!

P.S: here is a random arrangement of Nyan Cat I made with angklung :)