Alola everyone, welcome to the 6th-day installment of HDE Advent Calendar! I am Iskandar Setiadi from Indonesia and I am currently working as an engineer in the Cloud Product Development team here. I’ve also participated in the last year advent calendar, where I wrote an article related to Japanese animation and stuff. If you’re interested, you could check it out in the following link:

By starting the globalization project 3 years ago, HDE has changed a lot, in a good way. When I came to this company as an intern around 2 years ago, there’s no much fun things to do. At that time, there’s no full-time employees from abroad and a lot of stuffs are still in Japanese. As time moves forward, season changes, and wind blows, we received a lot of idea from either our interns and employees to create enjoyable events!

In this occasion, let me introduce several events in HDE which are introduced after globalization project is commenced.

I believe everyone knows sakura, right? No, we’re not talking about the animation (Cardcaptor), but the plants :) In Tokyo, sakura usually blooms for several days between the last week of March to the early week of April, depending on the respective year's weather. Sakura season is also well-known as a season where people can legally get drunk in the public park. And it’s a popular season where people starts to mix basically every foods with sakura petals: ice cream, rice cracker, liquor, and even fancy stuff like this: 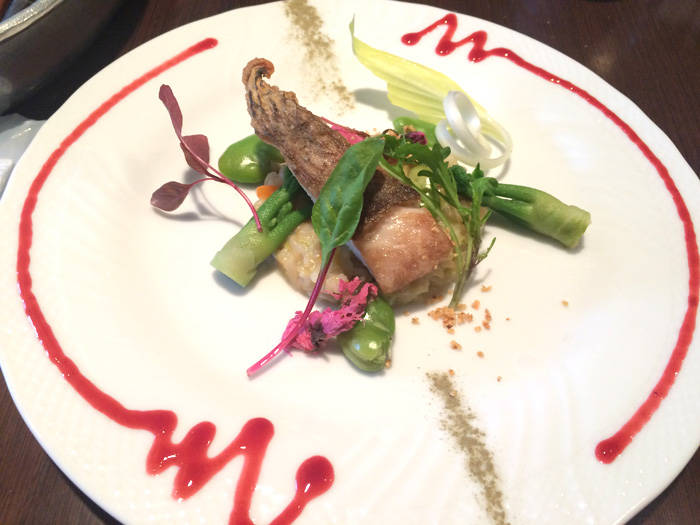 There are two popular terms: Hanami and Yozakura. The latter is usually used for enjoying sakura in the evening. Initially, there was only 1 scheduled event from globalization team, but our division (CPRD team) boss approved us to see sakura illumination with some additional budget (yay!). Globalization team arranged this event in a nearby park from our office, where we could sit under sakura trees and enjoy a lot of free foods! For the illumination, we went to an annual illumination event at Nogawa, Chofu. 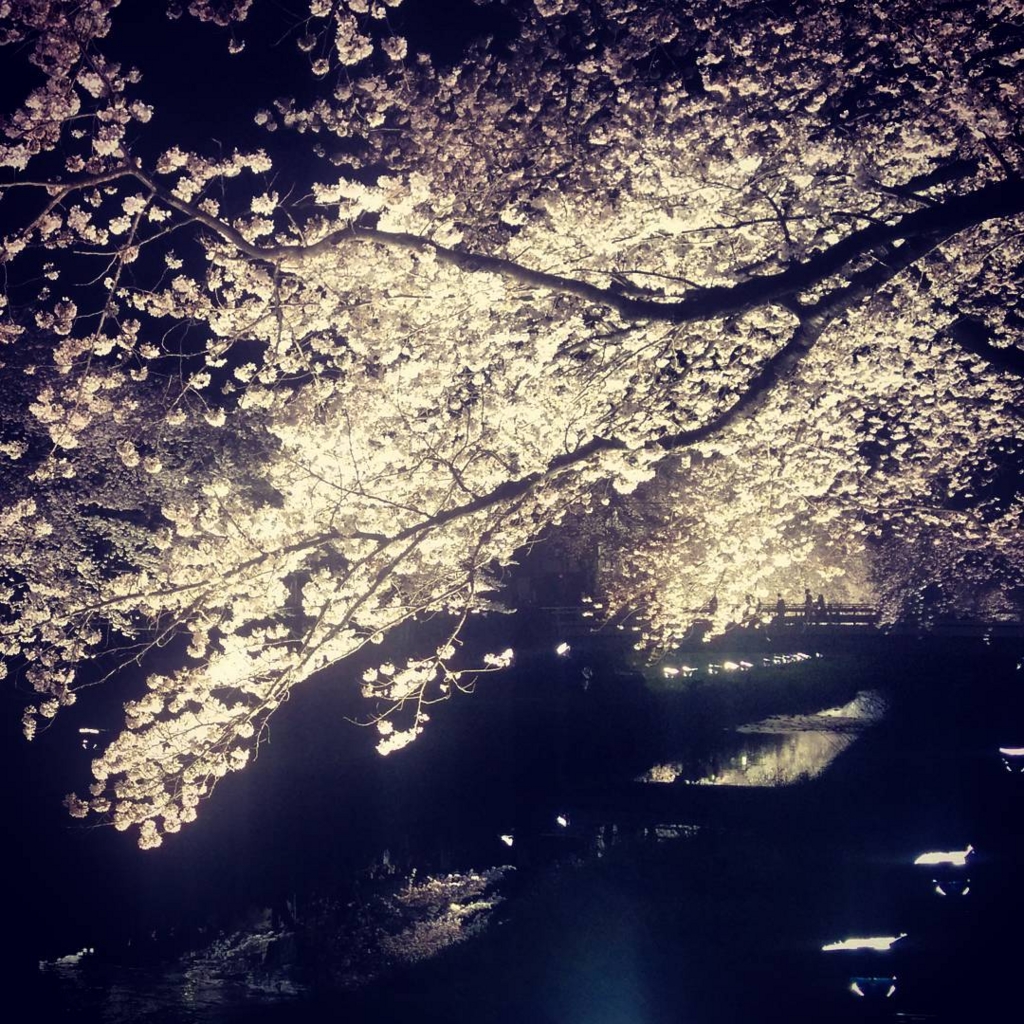 Yozakura in Chofu, taken from my own camera!

In any case, hanami is very popular, even among Japanese where all places with good sakura viewing spots are crowded.

The HR team decided to arrange the first HDE Family Day during Halloween this year. Halloween in Japan itself has a very interesting background story. Before 2010-ish, Halloween is not popular and some Japanese saw it in a negative way since foreigners (read: baka gaijin) used to cause a number of train disruptions during Halloween celebration here. In the recent years, however, you will always see a huge number of crowds around Shibuya and the police is actually helping in maintaining the flash mob celebration. 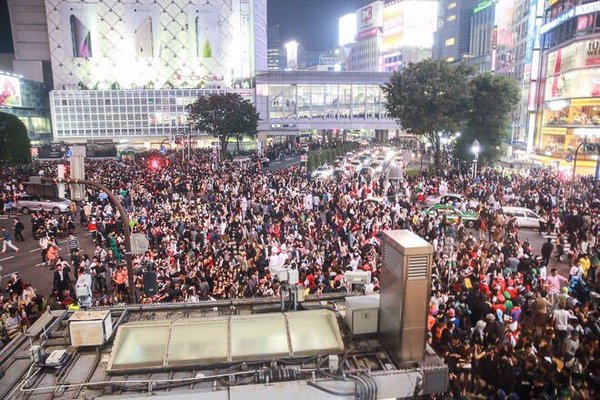 In HDE, we invited a candy guy to our company and did a lot of fun stuffs: games, treat (no trick), and some people wore "scary" Halloween costumes! The event itself is very interesting, where you could have fun together with everyone without thinking whether they use either Japanese language only (those children) or English language (some baka gaijin like me) only. Guess which one is me :D 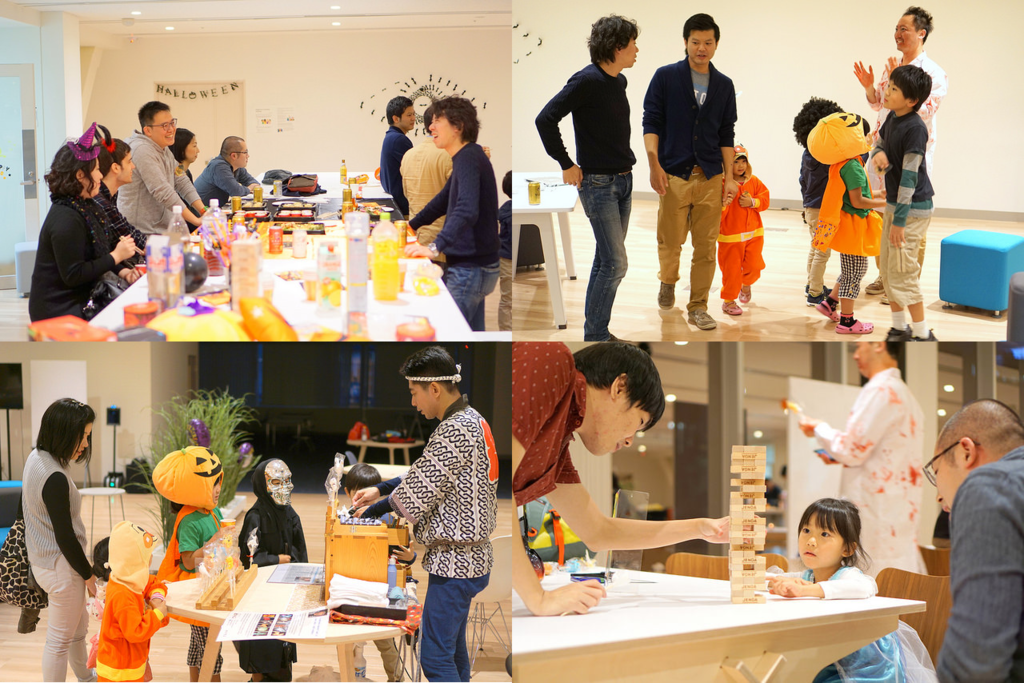 To be honest, Japanese people loves to celebrate all exciting stuffs around the world (their marketing skill is particularly great), and I'm not sure when they started to celebrate Valentine and White day. Recently, they also start to have Black Friday campaign, which is not surprising since Japanese people have pre-ordered KFC for Christmas!

On the Valentine day, the queens (Cooking Club) in our company brought their homemade cookie, chocolate, bread, cake, etc. And on the White day, the kings also brought their delicious homemade chocolate did nothing :p Well, it's actually prepared by the Business Administration team where they ordered a chocolate fountain, and everyone is happy since we can enjoy chocolate twice and no one is killed by food poisoning, yay! 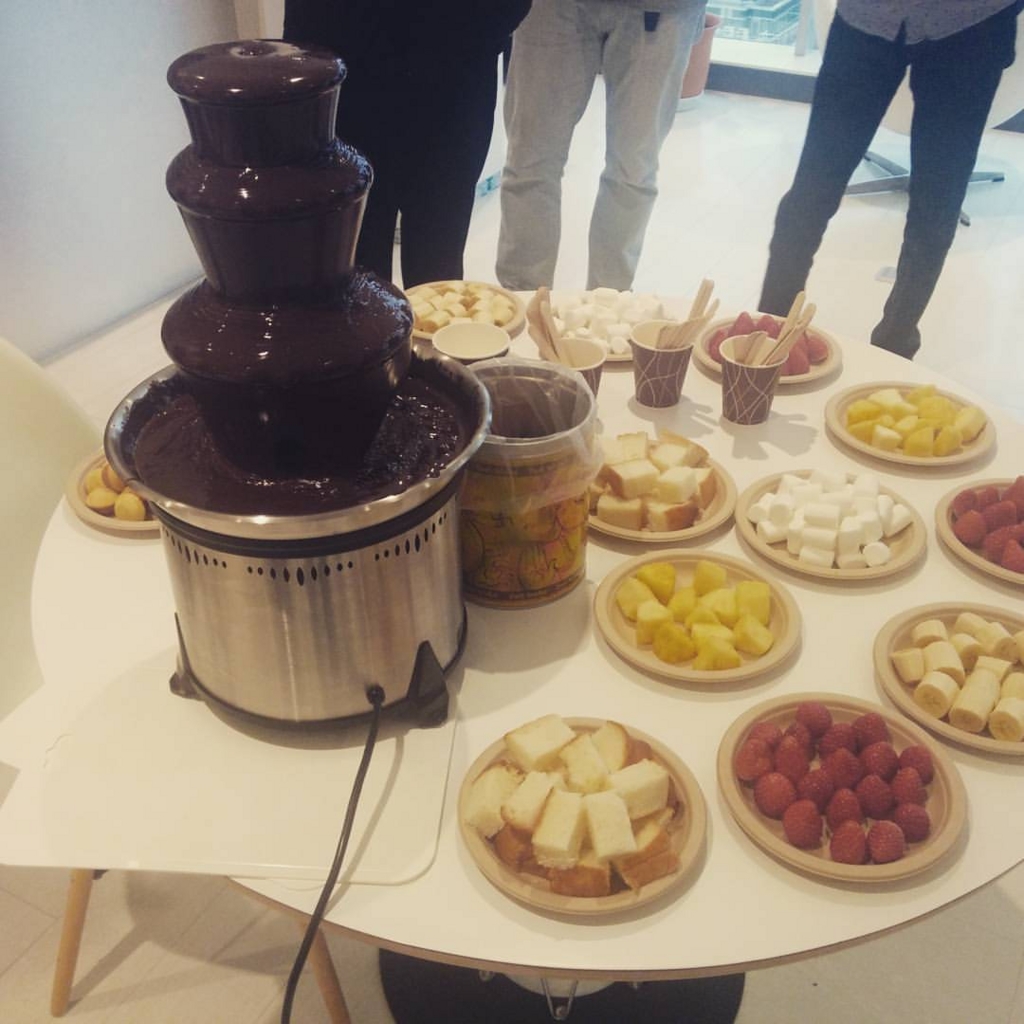 White Day celebration, from my own camera

In addition to country-wide celebrations, we also occasionally hold HDE Office Tours to foreign students / graduates who are currently living in Japan. During the event, you could see how we conduct our daily work and afterwards, we will have a party together will the employees. 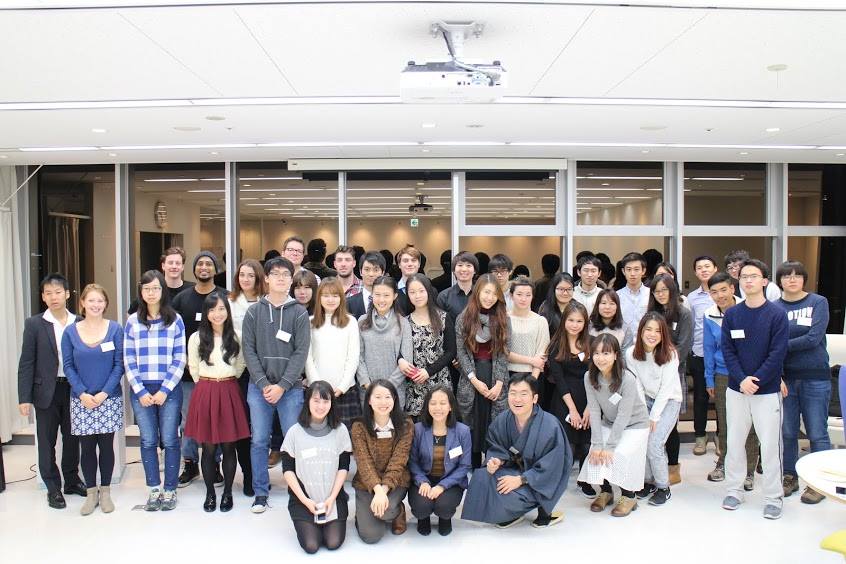 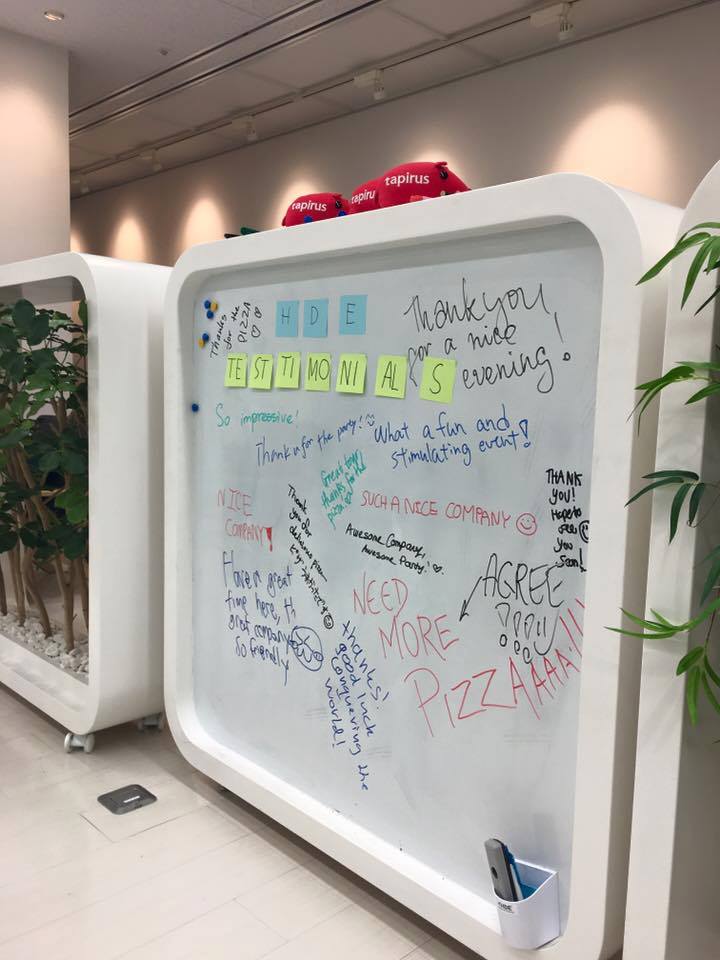 If you are currently living in Japan and want to visit HDE (and want to have some free foods), stay tuned to our next event!

Our company actively spreads its globalization project to other companies in Japan. As a result, we have a lot of interesting events with other companies. The events have various purposes, ranging from simply improving English proficiency of the attendees, expanding connection with others, and even experimenting things in English for the first time. 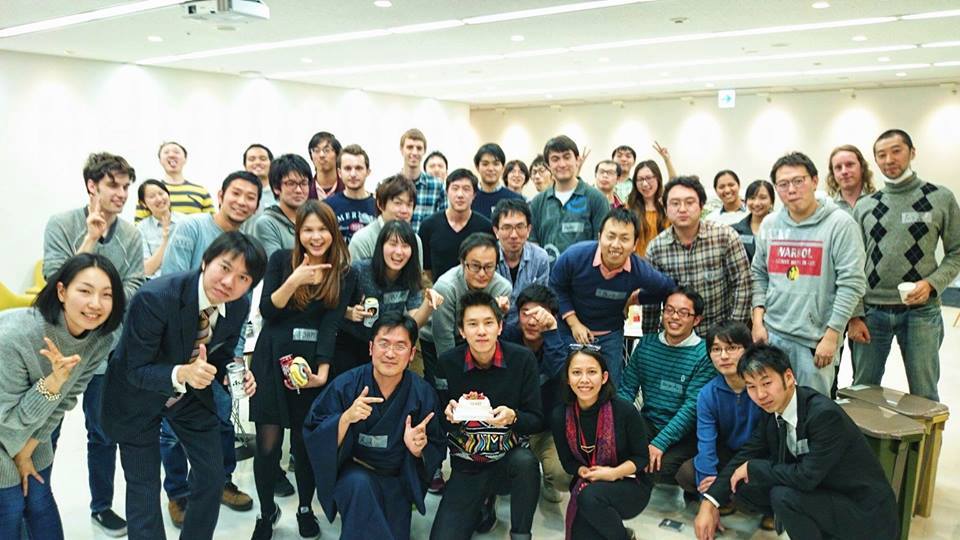 Meet-up with Givery, Inc., which is also one of HDE's employee birthday 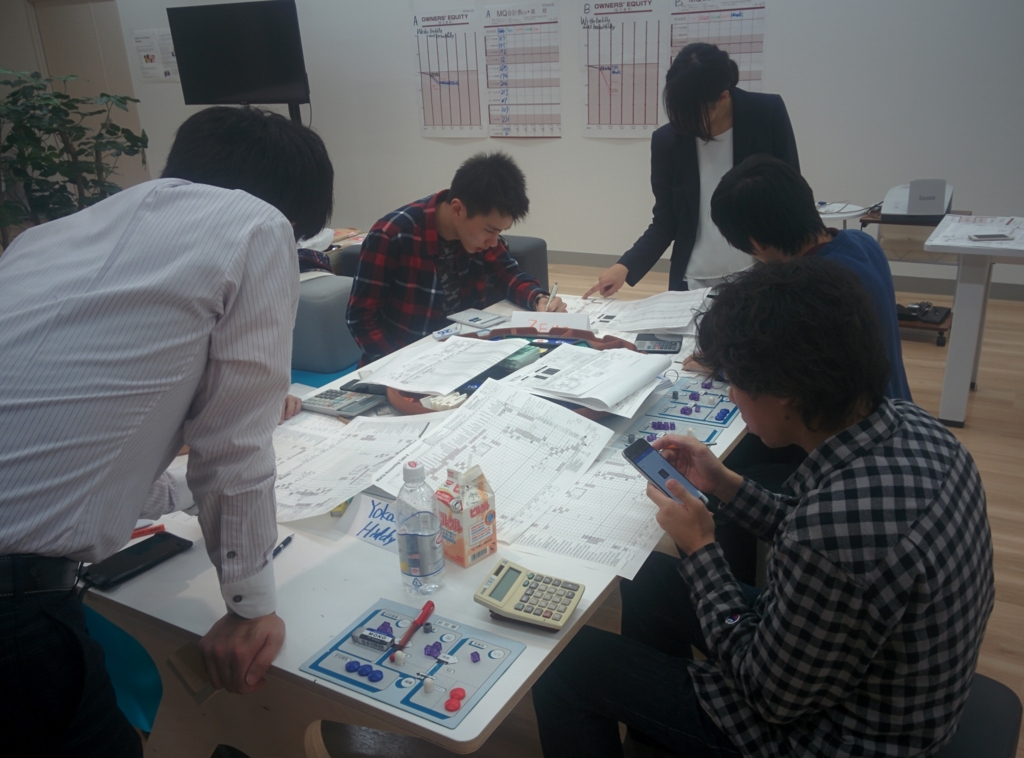 MG training in English for the first time (even for engineers!)

In my country, Indonesia, we only have 2 seasons: wet summer (read: rainy season) & dry summer, either way, the heat kills you. In Japan, it's exciting because there are 4 seasons here (the summer heat also kills, though). You could enjoy flowers in Spring, festivals in Summer, red leaves in Autumn, and snow & illumination in Winter.

In HDE, we also have seasonal stuffs. The globalization team wants to introduce Japanese specific culture to foreign employees. For example, we rent a Kotatsu and bring them to 10F during winter! I've planned to write some descriptions about it, but apparently, Akane-san already wrote a Kotatsu guide for dummies several days ago in the following blog post:

^ Looks like Moomin enjoy the Kotatsu very much! And don't forget mikan (orange) is a crucial part of Kotatsu!

In HDE, we also have some clubs which are quite similar to ones in your high school or university. We have pool club (billiards), board game club, cooking club, etc. Actually, we have a lot of other events, such as Setsubun, Tsukimi (moon viewing), Hinamatsuri, Tanabata, etc, but I don't put it here since the list will be very, very long. There are also other events which have existed before the era of globalization project, so I don't put them here. The interesting thing here is that a new event can be initiated by various divisions: Globalization team, CPRD team, HR team, Business Administration team, etc. So, if someone has a good idea for the next event, we will most likely add it to our event list next year :)

If you're interested in the company-wide impact of our globalization project, our CEO also wrote an interesting article, please check it out!

Thank you for reading, see you next time!